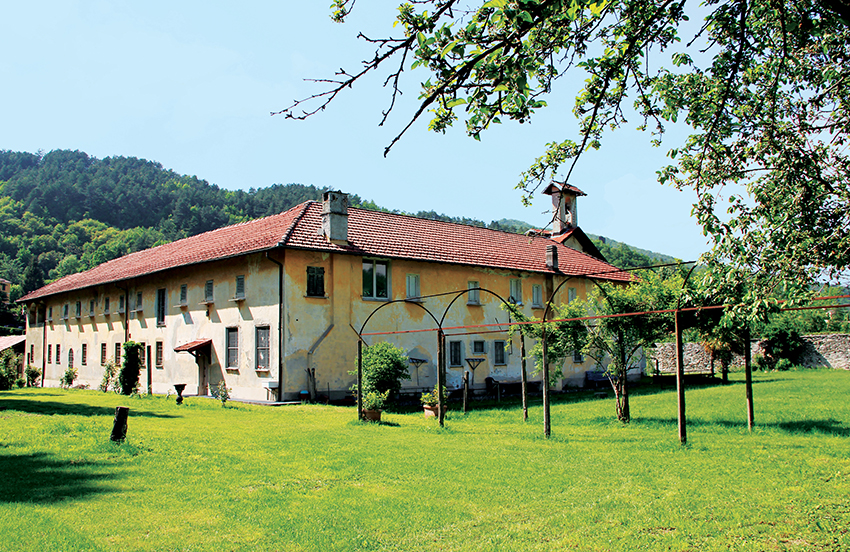 The Capuchins’ Monastery in Voltaggio is the permanent seat of the Art Gallery.
It was built in 1604 by suggestion of the Voltaggio dwellers and by permission of the Republic of Genoa to offer hospitality and refuge to the monks on their way to Milan and from Milan to Genoa. The church was built just a few decades later, dedicated to Saint Michael Archangel and consecrated on October 15th 1662 by the Bishop of Albenga. The population of Voltaggio shared in expenses for the Monastery with generous donations and legacies: in 1620 it was furnished with running water, thanks to an important project, considered a very technical issue for that period. Monastery life passed quietly till the end of the eighteenth Century before the French Empire: in 1805 the Republic of Genoa was assigned to the 27th Napoleon Army and Voltaggio to Novi Ligure, a department of Genoa. Like all religious institutions, the Capuchins’ Convent lived very difficult moments until the transition to the public domain property occurred in 1810. After different uses and sold many times, in 1821 the building was purchased by the Marquis De Ferrari, who returned it to the monks but retained the property: on September 29th of that year, the monks were allowed to enter once again into the Monastery and started urgent works to the masonry structures. As a private property, the Monastery evaded the monastic legislation and was completely furbished in 1880, thanks to the generous contribution of the Duchess of Galliera. In 1895 the property was definitely transferred to the Monks’ Order. The recent history of the Monastery is related to Father Pietro Repetto. The present arrangement reflects the characteristics of the buildings of the late nineteenth century. The Museum is located in the two rooms on the ground floor (west and south wings) and has maintained its 18th Century structures. Fortunately survived the historical events and compared to the other existing monasteries in the provinces of Liguria, the architecture of the entire structure reflects the various canons set by the Rule of the Monks’ Order. The climbing access path is paved with cobble-stones: at the end the hut-shaped Church with its large semicircular window. This simplicity is also found inside the building: a wide aisle with one chapel on each side. The white walls contrast sharply with the dark wood of the altars and the wall hangings: in addition to the paintings, the statue of the Immaculate Conception above the altar, and a sepiolite French style Via Crucis work, stands out. With its extreme simplicity, the Church of St. Michael the Archangel is considered one of the most suggestive masterpieces that the town of Voltaggio can boast of. Unfortunately in 1987, with Father Carmelo Del Toso as the last guardian, the Monks left the Monastery, but it is maintained to a very high efficiency thanks to the seasonal openings of the Picture-Gallery located inside. 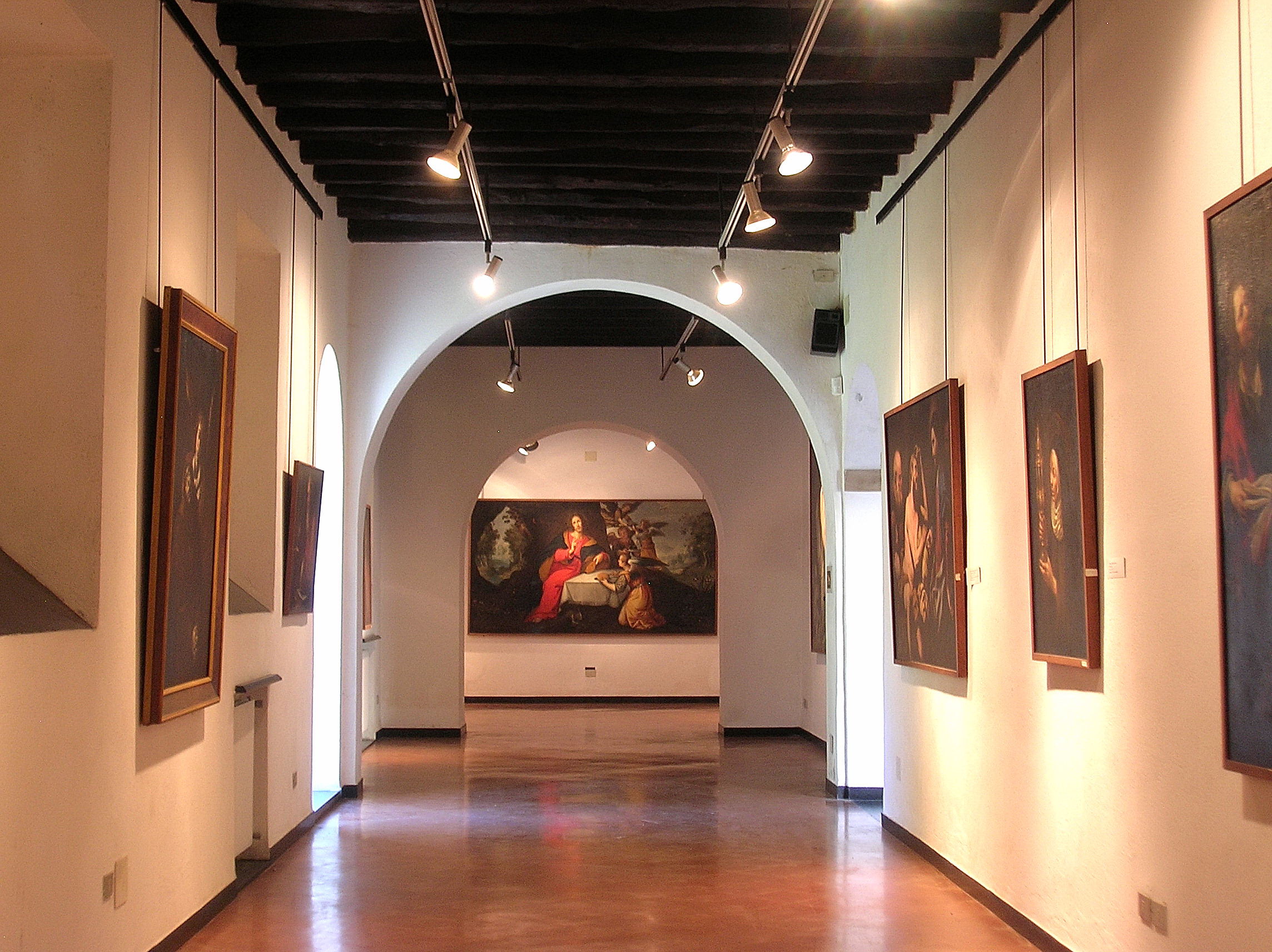 The collection with more than 200 paintings was transferred from the Convent of St. Catherine of Genoa to the Capuchins’ Monastery of Voltaggio during the late nineteenth century by Father Pietro Repetto’s will, who assembled this remarkable artistic heritage in less than thirty years. The collection began around 1870 thanks to religious congregations, government decrees, museums, libraries and family donations. An important support was also given by the Duchess of Galliera Maria Brignole Sale.

The works cover a wide chronological span from the sixteenth century till the early nineteenth century. Important Genoese paintings, with painful sacred themes dated 1600, are added to other ones which are related to many geographical areas . In 1901 Father Bernardo D’Andermatt , Order’s General Superior , adopted a strong measure which permanently bound the collection over the Convent and prohibited the sale, the removal or the mutation without the Order’s authorization. The paintings were placed inside the Church and inside the connected convent, creating an unusual artistic frame to the strict monastic Franciscans’ life ; the monks inventoried all the paintings and ensured the integrity of the works until the 50s of the last century, when a indispensable, conservative and a more suitable location were necessary, due to an increasing interest of the public and of the art experts. Contacts between the Monks’ Order and the Fine Arts Office Department in Piedmont were taken to start a collaboration of protection; In 1967 Father Ugolino, Superior of the Convent, was able to stimulate the public opinion and the local Institutions to attend to the case ; as a matter of fact, a “Committee for the reorganization and the arrangement of the Art Gallery” was established in Voltaggio, supported by its Mayor and by local representatives too. This allowed the restoration of the paintings and the creation of an expositive area near the church. In 1971, the nineteenth-century sides of the cloister were restored and used, creating two new modern exhibition areas (south and west) where the most important works were placed. The new Art Gallery was born: visitors can admire the improved area, integrated with new paintings, restored in recent times. Nowadays, different improvements are made to use the convent as a museum for the complete collection of works.